Fresh from the SD card 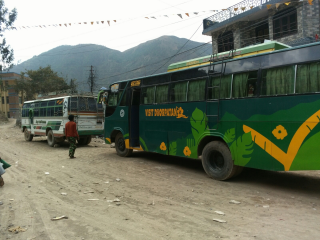 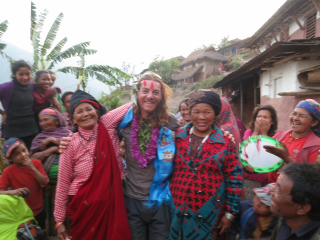 Live feed from his Spot beacon

Around the bivouac fire

Heat, wind and rain showers in the morning validated the forecast. The decision is easy to take now, as I won't be able to safely reach Pokhara via the air. The worsening weather conditions would make this last leg of the trip highly uncomfortable, and even dangerous in the Baglung and Kusma valleys, two long deep valleys that feed the Annapurna range.
I'm writing this in the bus that will drive me to Pokhara. Better safe than sorry. The long trip also validates my decision, as we slowly crawl our way through winding valleys where the wind bends the trees, dominated by dark clouds overhead. The lack of good landing options matches the lack of potential take-offs. The only way out would be by the top.
This last part of the trip illustrates the difficulty of the game. On my last big flight, from Jumla to here, I wanted to stay South of Dhaulagiri range and Dhorpatan reserve. But to cross the area you need to be up north, in the big mountains. Too much trees and wind here, and no good support to soar your way out. The issue is that up North it's very high mountains and passes, so you need exceptional days and low wind, which won't happen before a week or so. But I didn't know that when I was deep into remote valleys, without access to weather forecasts. That's the game! You never really know where you're going to end up in a vol-biv adventure, and that's why we do it :-)

The weather decidedly wants to make my trip harder!
After three good days, I'm now in the lower parts, in the stability. Low cloud base, strong valley wind, a few weak thermals but not enough to progress. Today I made 4 km in a one hour headwind battle... Oh and did I mention rain showers?
I have two dangerous valleys to cross still, where I need high cloudbase and ideally low wind to cross safely. Right now it's the opposite, I can't fly. And it looks worse for the following days!
I don't have time to wait for better weather, and honestly I'm exhausted from the flight of yesterday, which in the first 3 hours took a lot more energy than anticipated. I'll see what I do tomorrow, now I need to rest a bit! 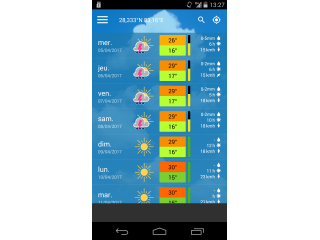 These are my new friends, the Nepali word for birds, who allowed me to exit the valley system I was stuck in.

After the record day on the 2nd and the cloud labyrinth yesterday, I got lost and took a wrong path and ended up in a very deep, very far valley where I basically don't understand anything. There is a complex pattern of mountains breathing and valley exchanges, it's crazy. And the way is blocked to the east by the Dhaulagiri, so I have to head South.
Early launch at 11am in front of cheering children. Extraction is easy, I head back West to go around a big mountain that blocks the way. Then it's a 3 hours long SIV clinic, fighting the Bheri Kola valley wind. It's a real nightmare, the worst flying I've ever done. I follow some vultures who climb where there shouldn't be any lift. Sometimes at full bar facing a cliff I'm at 10km/h, thankfully in the right direction. After more than 40km in a headwind, always in the lee of something, I manage to exit this valley and head South East, towards Pokhara.

I had to go south for several good reasons. One is that the Kagmara range leads to Dhaulagiri, both very high ranges with very Big Mountains where you need record days and stratospheric cloudbase to cross. The other small problem is the Dhorpatan hunting reserve, home of rhinoceroses and tigers and other nice pets. You don't want to land there.

I land on a ridge close to Dhorpatan, which I wanted to visit but I missed the valley (again). As usual now, I'm the first ever paraglider pilot to come here, and the first foreigner since more than 50 years. The welcome is very nice, with a group of women singing and dancing for me, nice scarf and fresh flowers necklace, the whole show! I'm invited to stay at the house of the Wise Man of the village. It's a bit special today as it is Chaitra Dashain, a Hindu holiday that you celebrate with your extended family. So we spend the evening between men, drinking Roksi, eating nice mutton and Dahl baht, and talking about the village life, flying, etc. Then the family leaves me for the second part of the evening to celebrate the holiday.
I landed here because I think I can take off from a steep slope above the village. After that it's a straight line to Pokhara, riding the South part of Dhaulagiri. I'm exhausted, time to get some rest!